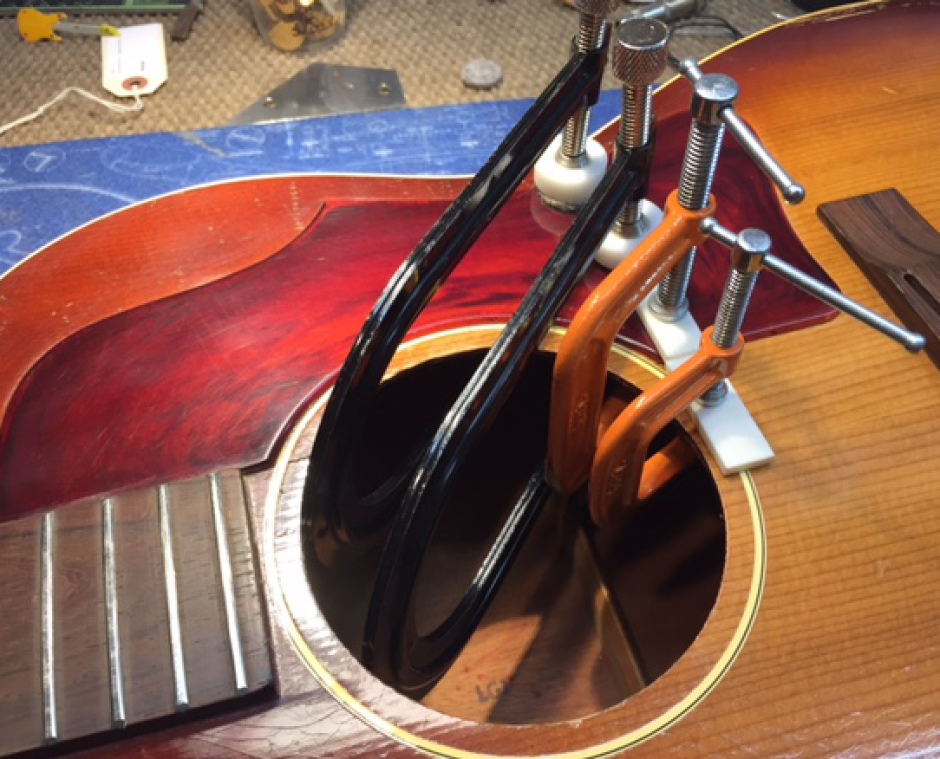 I graduated from Roberto Venn School of Luthiery in 1994 and I have been working as a stringed instrument repairman every since .

any instrument with strings , including Mandolins , Banjos , Ukulele's , Dulcimers ,

After gratuating from Roberto Venn School of Luthiery I went on to work at
Gibson Guitars , Phoenix Guitar Company , Guitar and Keyboard city , Music go Round ,

Music Brokers and I was the repairmen on call for the Tempe Guitar Center .
I had also started my own business named  Bernie's String instrument repair where I learned

the knocks of running a business and ultimately layed the ground work for my carrer as a Luthier .