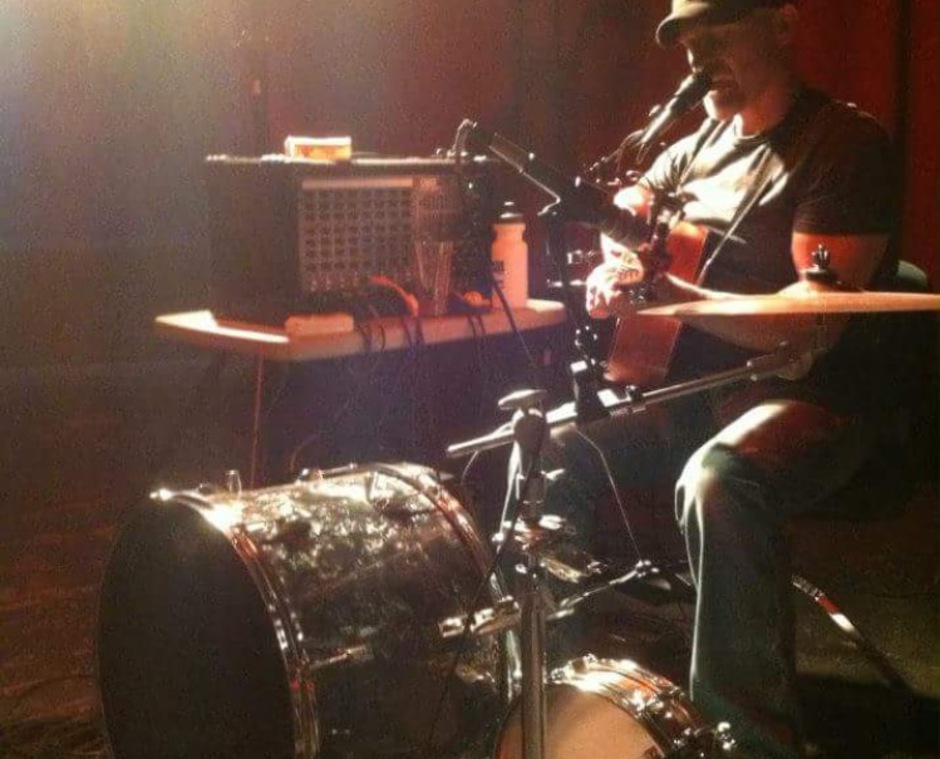 I started playing guitar when I was 12 years old .

My passion and love for the instrument is what has carried me through my life in just about every endeavor I have embarked on .
While many things have come and gone in my life , I have never strayed far from the path of my love for guitar .
Although I would say my first instrument was my voice , the guitar taught  me how to scream !

My Path as a musician has seen me cover musical genres from Folk to Rock and Metal to Americana .
Growing up in Detroit MI. I was immersed in the great musical riches of Motown with sweet harmonies , catchy hooks and

the hard working ethics that were embodied by the bands of the era .
Detroit was a fertile breeding ground of innovation and inspiration in modern music that stands tall still to this day .
The MC 5 , Ted Nugent , Grand funk Rail Road , Bob Seger , the Four Tops , the Temptations ,
Madonna , Alice Cooper , Eminem and the list goes on , these were my mentors .
My first love of music was Rock n Roll and then on to Heavy Metal , at some point in my 20's I was introduced to

the Grateful Dead and evrything changed , from there I was exposed to Bluegrass , Jazz , Improv , Folk and Americana .
Along with my new found inspirations I started finding good deals on various instruments in the music stores I worked in .

As I gathered instruments I started to learn how to play the Mandolin , Bass guitar , Banjo , Ukulele and even drums .

Carey Slade and in our band Flow , I was the founding member and mandolinist / vocalist in the High Grass Pickers ,

I played for 15 years as the rhythm guitarist / back up vocalist in the Caribbean Cruisers , I played guitar and mandolin / vocals

with Laughing Stalk , I was the bassist at Christlife church , I sang and played lead guitar with Rockslide Jones and
I am currently playing all the instruments in my one man band called the Just Berns Band .
Ultimately I have been in too many bands to list and remember in the 30 + years of being a musician ,

I have toured around the country and around the world palying music and it has been one heck of a ride !